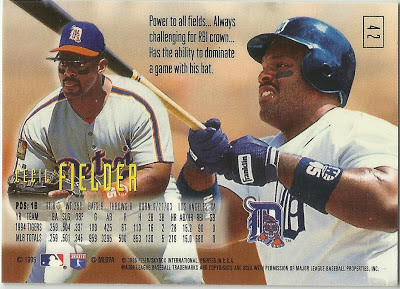 MIGHTY : great or imposing in size or extent : extraordinary

Set a major league record in 1996 by taking 1,096 games to record his first career stolen base.

One of only four players, and the only Tiger, to homer over the left-field roof at Tiger Stadium.

Hit the only home run ever completely out of Milwaukee County Stadium.

Only Tiger ever to hit at least 25 homers in six consecutive seasons.

No major league player had more home runs between 1990–95.

Posted by The Angels In Order at 8:42 AM