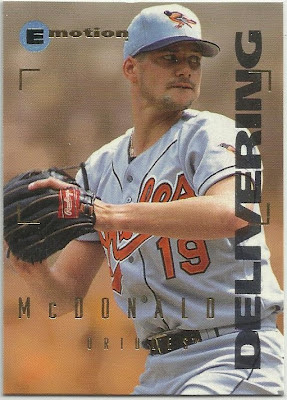 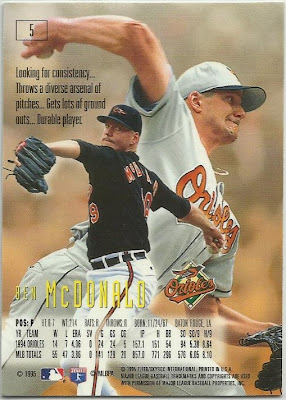 DELIVERING: to send (something aimed or guided) to an intended target or destination "ability to deliver nuclear warheads" "delivered a fastball"

Another 1988 Olympic Team Gold Medalist - man them Orioles were STACKED with Olympians!

He was considered the Stephen Strasburg of 20 years ago.

At 6'7" his fastball probably seemed at times to be nuclear tipped.

His first Major League start was a complete game shutout.

Posted by The Angels In Order at 4:00 AM No comments: 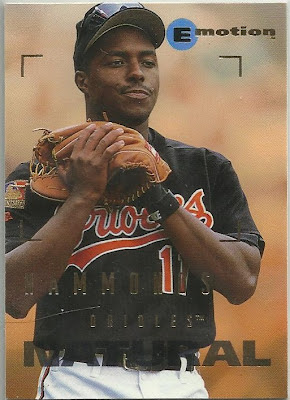 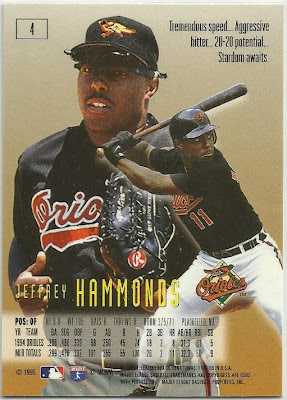 NATURAL: implanted or being as if implanted by nature : seemingly inborn

As a freshman he broke the Pac-10 single season stolen base record, stealing 102 bases for Stanford.

Batted .414 for Team USA in the Barcelona Olympics.

Known for extremely high contract demands and being often injured.

Posted by The Angels In Order at 4:00 AM No comments: 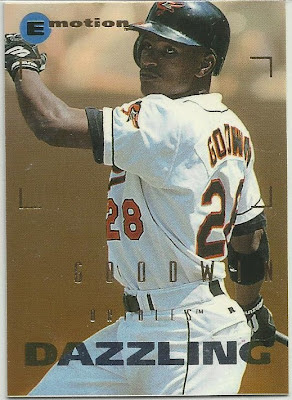 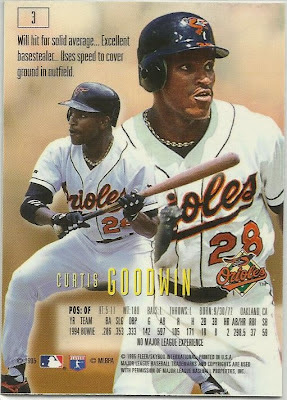 DAZZLING: intransitive verb - to arouse admiration by an impressive display

Curtis was very fast on the base paths.

Walter Payton and Gary Payton are his cousins. 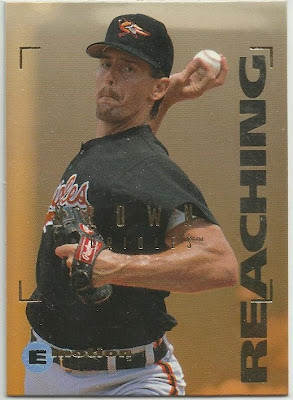 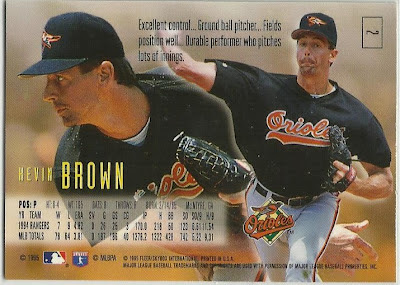 REACHING: intransitive verb - to strain after something

He strained so much he was often injured.

This Kevin Brown was often confused with two other MLB players named Kevin Brown whose careers overlapped his.

His 1997 no-hitter was a hit-batter short of a perfect game.

The Dodgers made him the first million-dollar man in baseball.

Brown was named in the Mitchell Report.

Posted by The Angels In Order at 5:58 AM No comments: 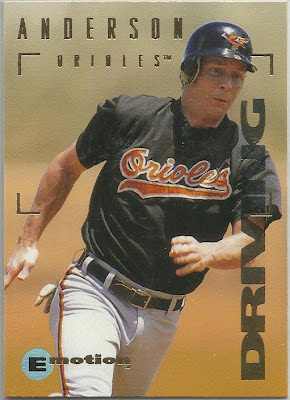 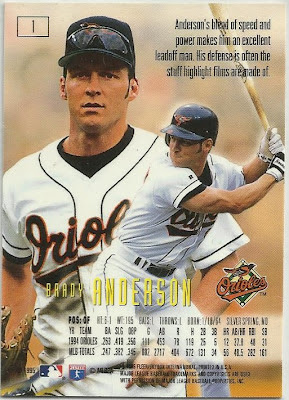 He is one of three major league baseball players to guest on TV's "Sabrina the Teenage Witch."

He is also the brother-in-law of former outfielder Steve Finley. 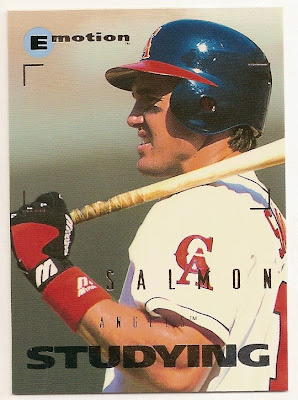 Getting close on this complete set. Any trade help would be appreciated.

Also looking for an empty pack wrapper and an empty box.

Posted by The Angels In Order at 4:31 PM No comments: 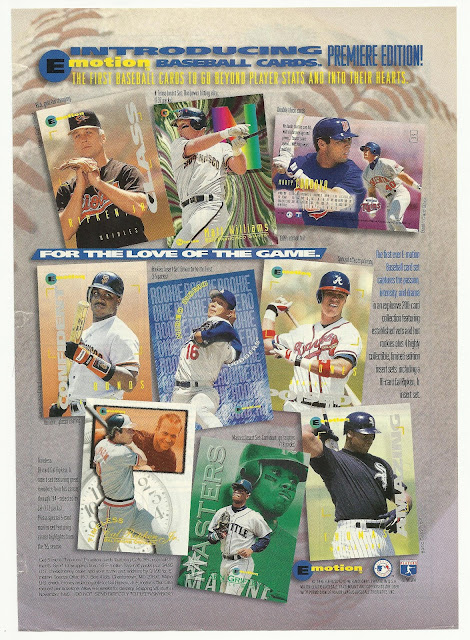 The very effective and attractive ad gives a great overview of the four different sub-sets in this debut set.

A large foil-stamped word is displayed on each card which is either a nickname, or an emotion, or one of that players attributes.  Hence E-Motion.

The sequence of the card numbers follow the alphabetical listing of the teams city, or state, starting with all the American League teams first: so cards 1-8 are of the Baltimore Orioles, then Boston, and so on.  The subsets follow up at the end of the base set, each having it's own numbering system.

Eight card packs were issued with a suggested retail price of $4.99.  Not cheap in 1995.
My 2010 Standard Catalog of Baseball Cards has an 8 card pack valued at a buck.
Not a good investment.

Posted by The Angels In Order at 2:23 PM No comments: 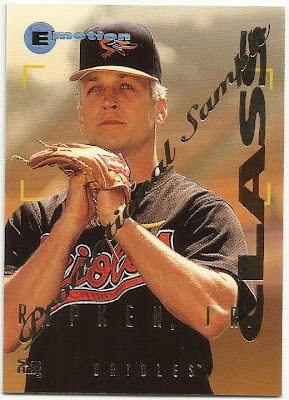 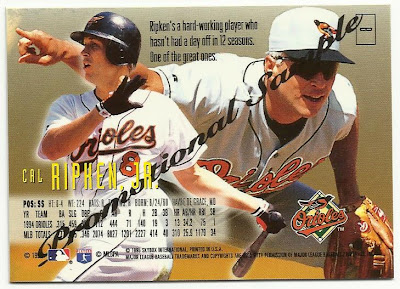 This card was identical to Ripkens card in the set with the exception of the "Promotional Sample" stamped in gold foil on the front and back of the card.

A brief history of Skybox International:  it was originally formed as Impel Marketing in 1989. In 1990, the company was renamed SkyBox International.  In 1995, Fleer acquired the company and produced cards under the Skybox name for several more years. When Fleer went bankrupt in 2005 the brands, rights and business strategies were purchased by Upper Deck.  Then, as we all know, Topps screwed Upper Deck.

Posted by The Angels In Order at 7:55 PM No comments: