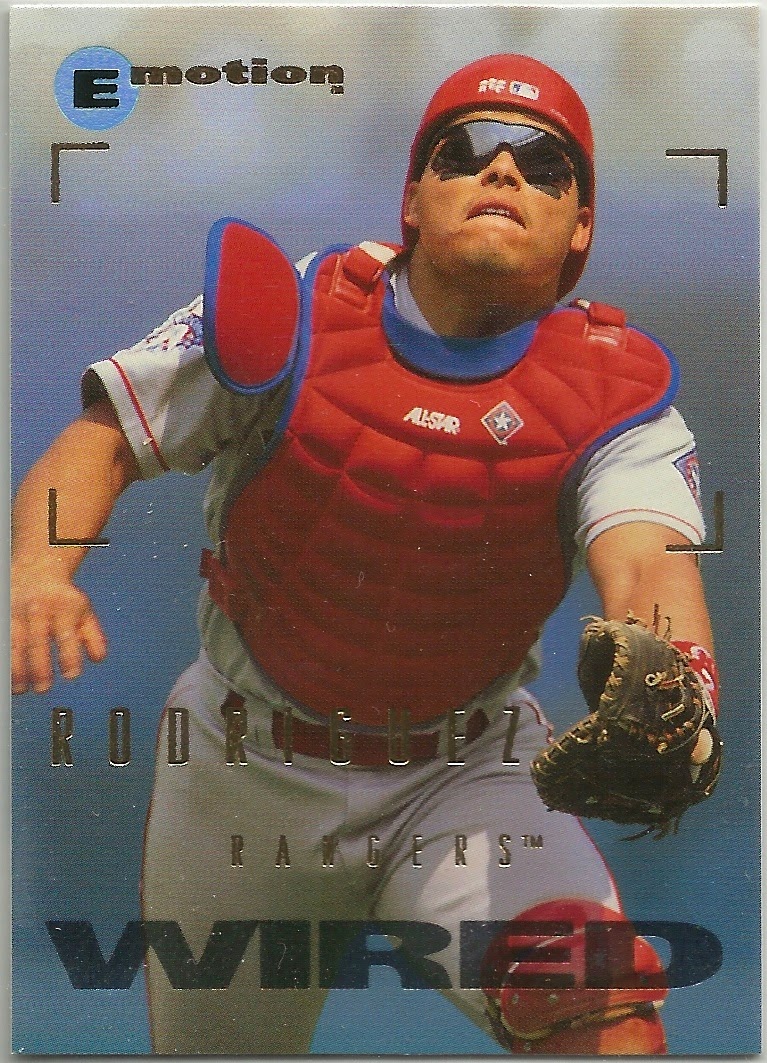 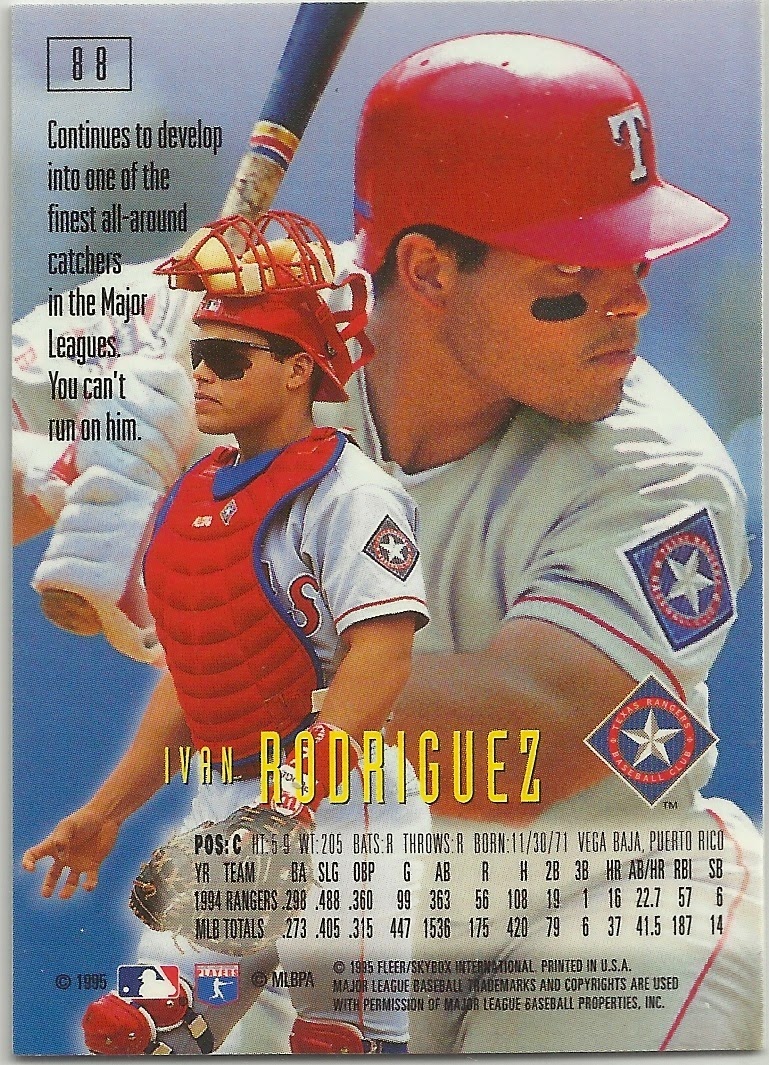 I like Pudge  a lot don't get me wrong, but I remember watching him go from a relatively little guy, to a very bulky guy, then after the steroids scandal broke to an almost a sickly looking guy.

One of the best catchers ever.

Always dug it when he picked off a runner at first by throwing behind a batters back.

Posted by The Angels In Order at 7:55 PM No comments: 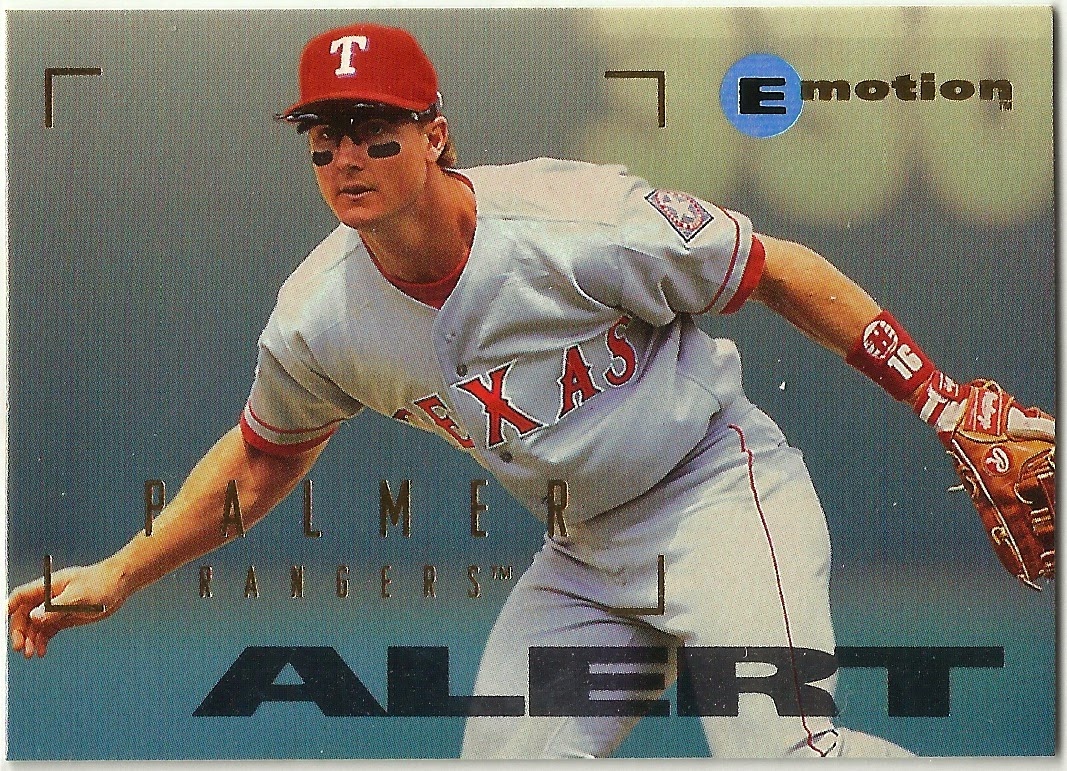 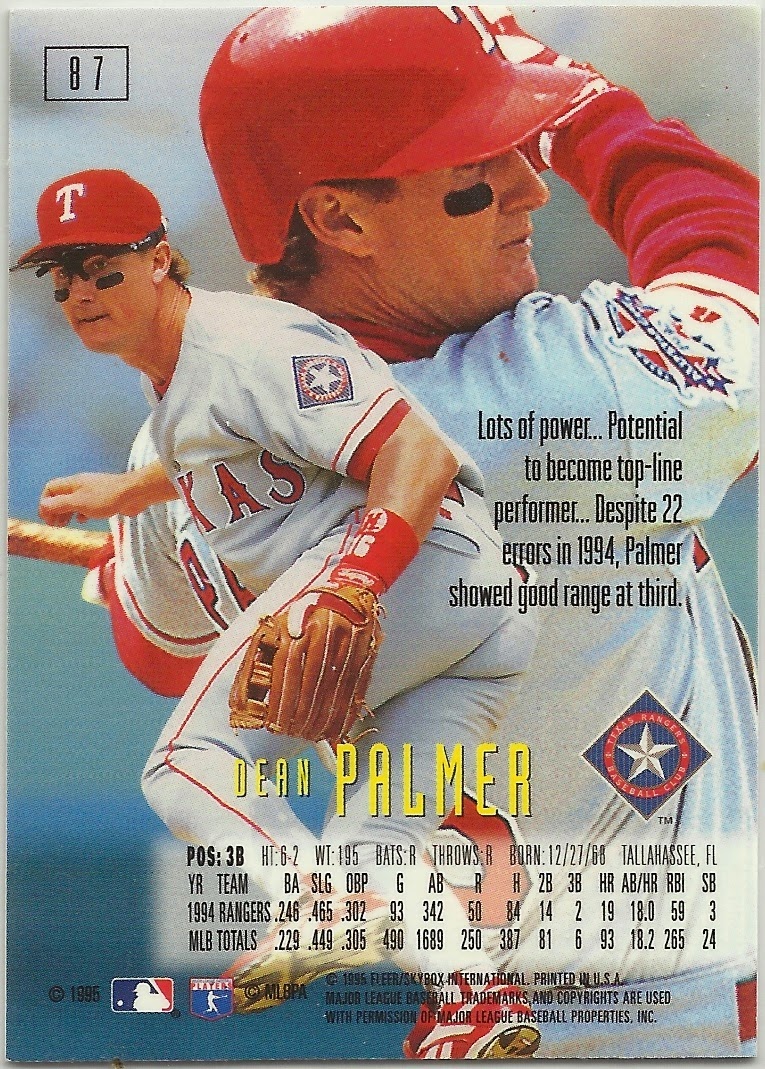 For some reason I often confuse Dean Palmer for Lee Stevens,
also thinking that they both played for the Angels and Rangers.
Not so though.
Palmer - 14 years Rangers, Royals, Tigers
Stevens - 11 years Angels, Rangers, Expos, Indians

He began playing in the minors at age 17, and hit the majors at age 20.

In 1992 Palmer became the first Texas ballplayer to ever homer in the first three games of a season.

Posted by The Angels In Order at 1:27 PM No comments: 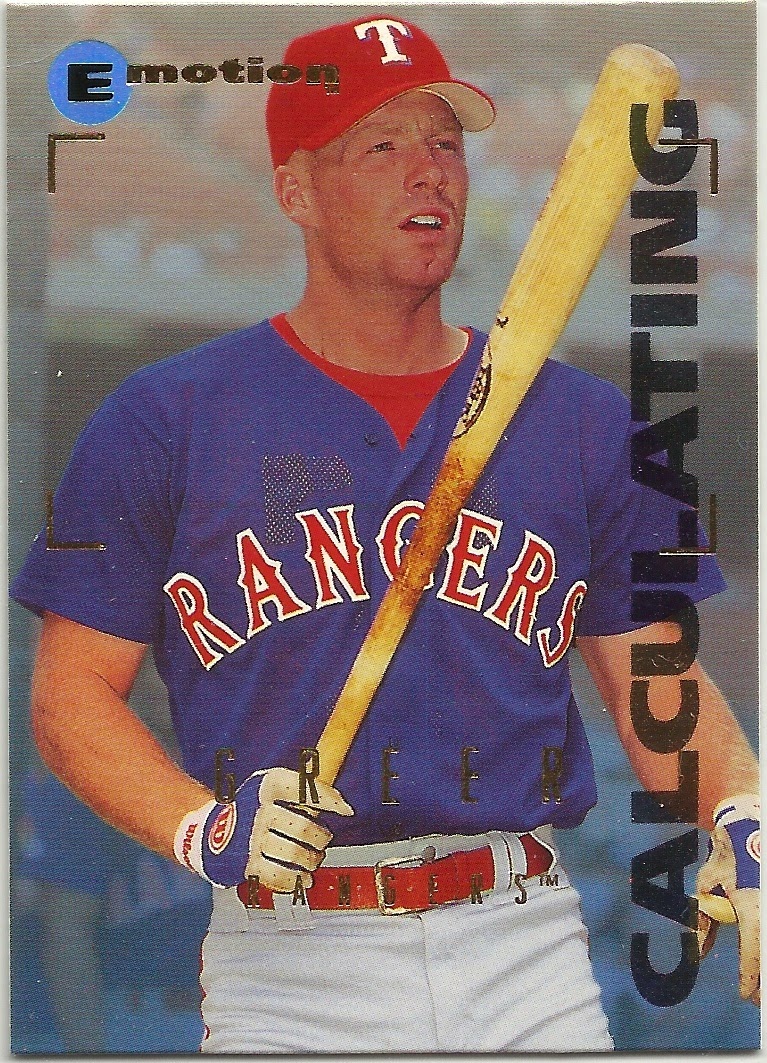 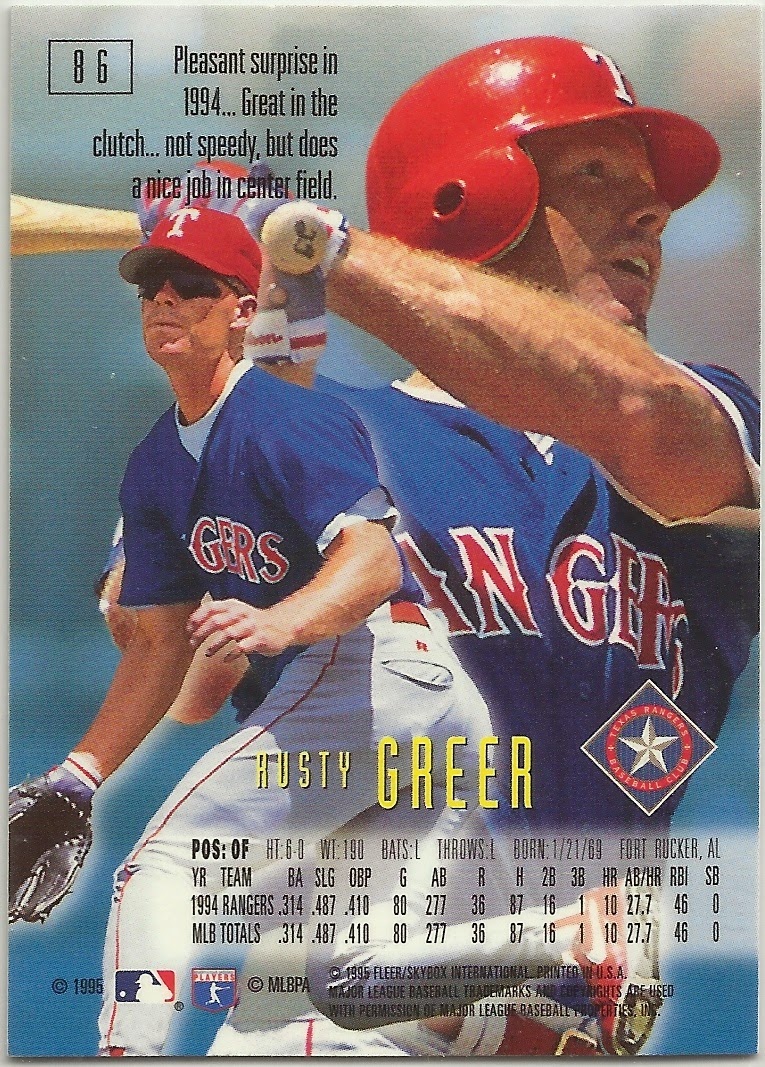 Not!
If Skybox had done their research they would not have chosen CALCULTING for Rusty Greer.
Second only to Nolan Ryan in every North Texans heart is Rusty Greer.
The guy gave everything he had both on the field and off, to the team and to the fans.

Made a diving catch of Angel Rex Hudler's fly ball to protect a perfect game by Kenny Rogers.
(He made a lot of catches like that)

On August 11, 2007, the Rangers inducted Greer into the Texas Rangers Hall of Fame

Posted by The Angels In Order at 5:26 PM No comments: