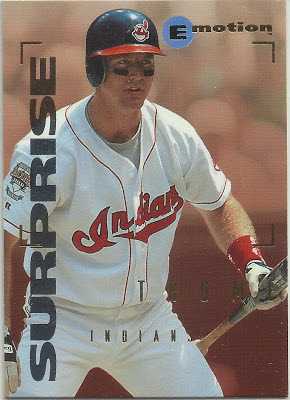 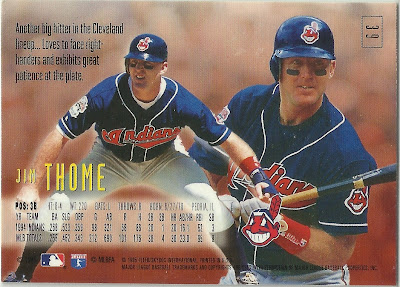 SURPRISE :
1 a: an attack made without warning
b: a taking unawares
2: something that surprises
3: the state of being surprised : astonishment

NONE of these make any sense for Jim Thome who by this point in his career (OK at this point I stopped typing and went to Thome's baseball-reference page to see what an awesome, established player and slugger he was by now.  Not so much.)

I guess I can kinda see the use of SURPRISE, but I think it was a bad choice.
There were signs. 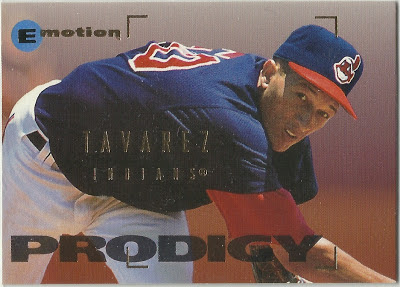 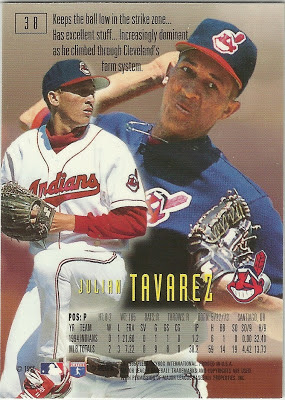 Lets see, Julian was 21 or so when this card was produced.
So can only a child or youth be a prodigy?

17 year career on 11 different teams.
JOURNEYMAN would be a more appropriate term.

Won a World Series with the Red Sox in 2007 although he did not play.

Posted by The Angels In Order at 4:30 AM No comments: