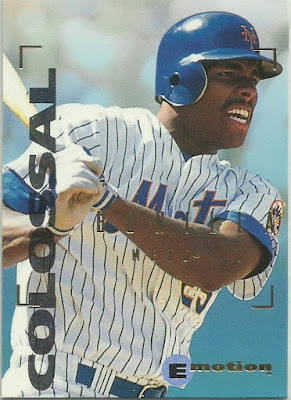 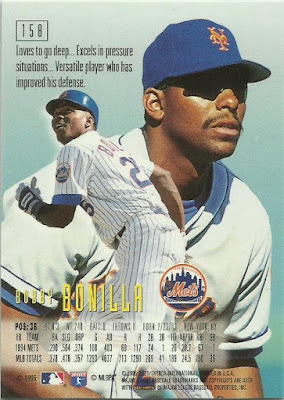 COLOSSAL : adjective  co·los·sal  \ kə-ˈlä-səl \
: of a bulk, extent, power, or effect approaching or suggesting the stupendous or incredible

Not selected in the 1981 draft and spent a semester at New York Institute of Technology before being signed by the Pittsburgh Pirates after being spotted by scout Syd Thrift at a baseball camp in Europe.

Since 2011, Bonilla has been paid approximately $1.19 million by the New York Mets each year, through 2023. The payments come every July 1, which some fans refer to "Bobby Bonilla Day".

Posted by The Angels In Order at 4:07 PM No comments: 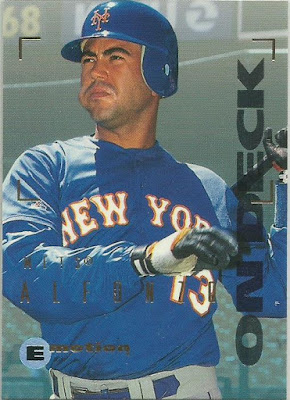 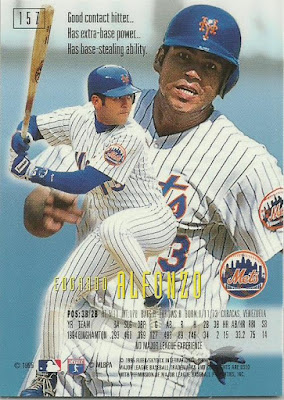 Nicknamed "Fonzie"
Signed by the Mets as an undrafted free agent in 1991.
Part of the infield considered to be among the best in MLB history along with Rey Ordóñez, Robin Ventura, and John Olerud. 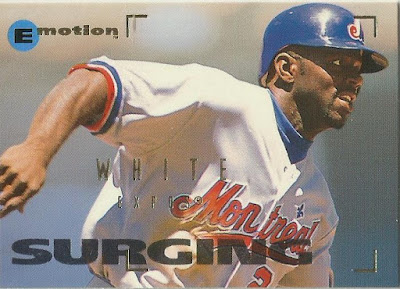 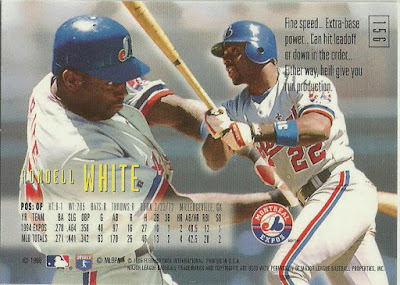 SURGING : verb  \ ˈsərj \
: to move suddenly and quickly in a particular direction

Atlanta Journal-Constitution's High School Player of the Year in 1990.
Hit for the Cycle on June 11, 1995.
Mentioned in the Mitchell Report in connection to steroids.

Posted by The Angels In Order at 6:52 PM No comments: 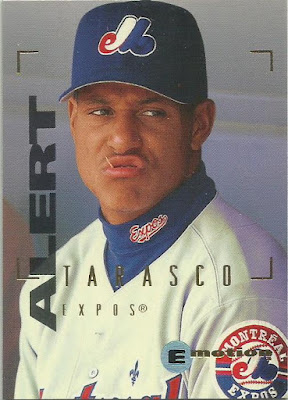 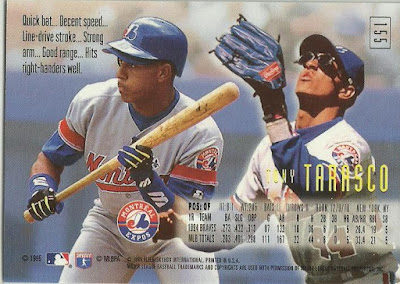 Says right there on the back, "Quick bat..."

His dad was a vendor during summers at Yankee Stadium.
After moving to California became a member of a crips street gang, who persuaded him to pursue baseball.
Directly involved in the Jeffrey Maier incident.
Was recently a member of the Nationals coaching staff.

Posted by The Angels In Order at 6:36 PM No comments: 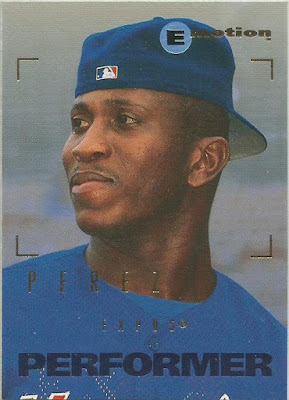 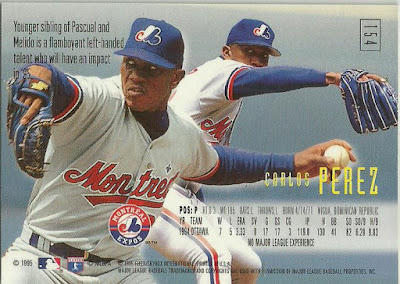 Kinda had an animated follow through, if I recall.

Once destroyed a dugout water-cooler with a baseball bat.

Posted by The Angels In Order at 6:26 PM No comments: