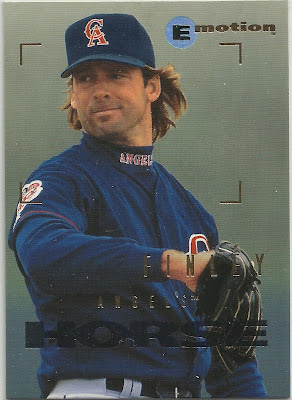 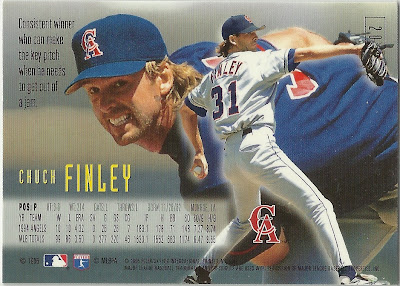 HORSE : an athlete whose performance is consistently strong and reliable.

He certainly has the mane.

Chuck is champing at the bit in that lower photo.

"That just shows you how this league has gone to hell." - Finley, after being named player of the week.

"I can't believe she left out the cross-dressing." - Finley after estranged wife Tawny Kitaen gave damaging testimony against him.

Posted by The Angels In Order at 7:22 PM